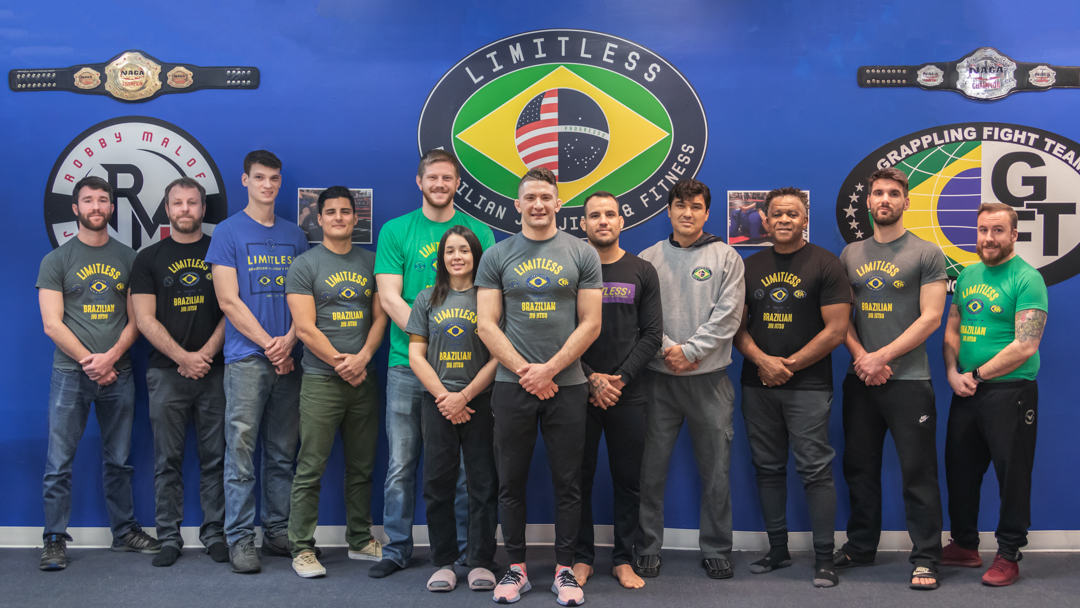 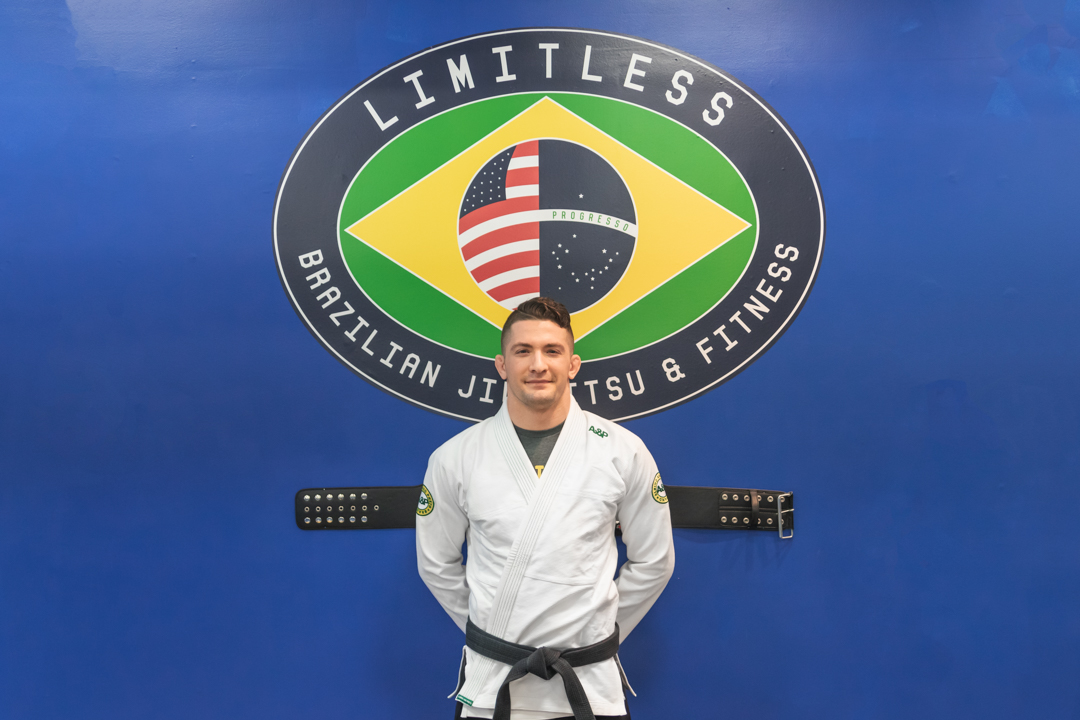 Robby Malof is the BJJ Program Director and owner of Limitless BJJ & Fitness.

He is a BJJ Black Belt under 5x World Champion Black Belt Vitor Oliveira. He has also trained and competed in all facets of martial arts since 2006! Robby is the most accomplished BJJ practitioner in the Cincinnati/ Northern Kentucky area. Robby opened Limitless June of 2014 after attending the University Of Cincinnati, he was only 22!  Checkout his accomplishments below!

Robby is the #2 Ranked IBJJF black belt NOGI Middle Weight in the WORLD! He is also ranked in the top 100 black belts pound for pound in the IBJJF

With over 500 grappling wins and a myriad of wins at large tournaments, Robby shares a level of experience that only a top BJJ athlete can. He has trained several World and PanAm medalist along with several Undefeated MMA fighters! Whether you are looking at BJJ as a hobby or you want to be a world champion Robby has the skill set and experience to fill that desire. 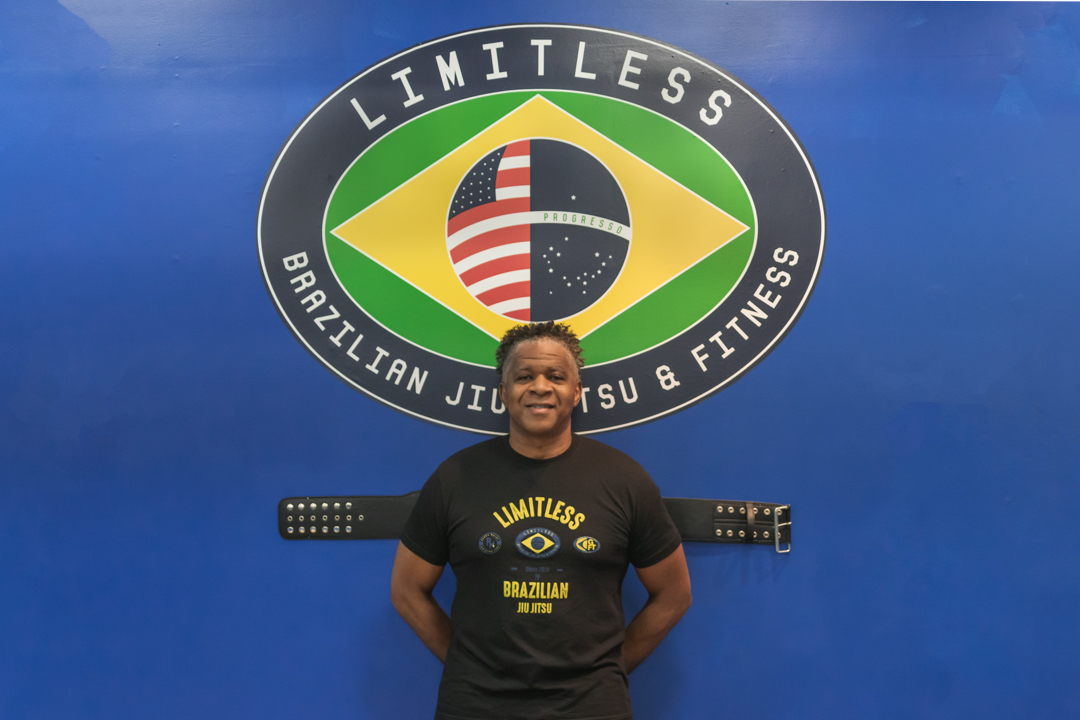 Coach Tate has been a Muay Thai and boxing coach for over 20 years. He holds the rank of Kru (instructor) under the United States Muay Thai Association. He has extensive training in a form of Muay Boran (ancient boxing), called Muay Chao Cherk (bound fist fighting), and Ler Drit (Thai Military Combat), under the tutaledge of Arjarn Kevin Jakub, co-founder of the USMTA.

He has trained many amateur and professional fighters and was the head striking coach for Team Chaos, an MMA team that was founded in Salem, Oregon.

In boxing, Coach Tate’s top pro is the only fighter to knock down Keith “One Time” Thurman; the current WBA Welterweight Champion. This was a huge accomplishment, considering that they took the fight on two days notice.

As an Atlanta Police Officer, his high level fighting and self defense skill enabled him to be a member of the Mayor’s Executive Protection Unit, where he was assigned to protect the Mayor of Atlanta, his family, and visiting dignitaries. As a K-9 Bomb Detection Handler, Coach Tate was part of a federally certified bomb detection and disposal unit that was responsible for all related bomb threats at Atlanta’s Hartsfield-Jackson International Airport.

In Oregon, he was the Lieutenant Coordinator for Use of Force and Defensive Tactics at the Department of Public Safety Standards and Training (DPSST, the certifying agency for law enforcement in Oregon), where he was responsible for designing and implementing a combat system for police, corrections, and parole & probation.

For inquiries on private and group training call or email coach Tate direct: 404-451-3432 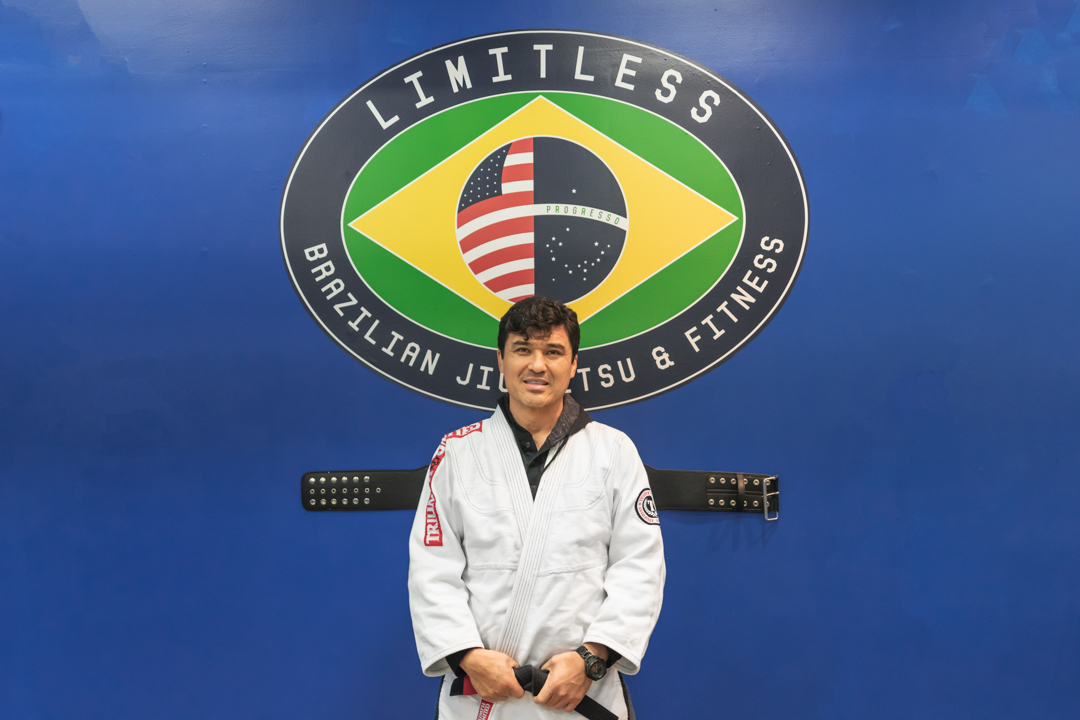 His first training partners were Josh Rafferty and Rich Franklin.

He then moved on to Middletown,Ohio where he trained with a lot of high level MMA & BJJ athletes like Billy Rush, Maurice Walker, Neil Rowe, Kerry Schall and Mojo Horne.

In June of 2016 he received his Brown Belt from Vitor Oliveira and Robby Malof under GFTeam.

On December 1st, 2018, Bill received his Black Belt from Robby Malof, as Robby’s and Limitless BJJ’s first promotion to Black Belt — a title he has well earned after 2 decades of top-tier training.

With over a decade of experience Bill has a great understanding of all the basic and fundamental positions of BJJ.

You can catch Bill’s beginner/fundamentals class every Monday & Wednesday 11:30am – 1pm! 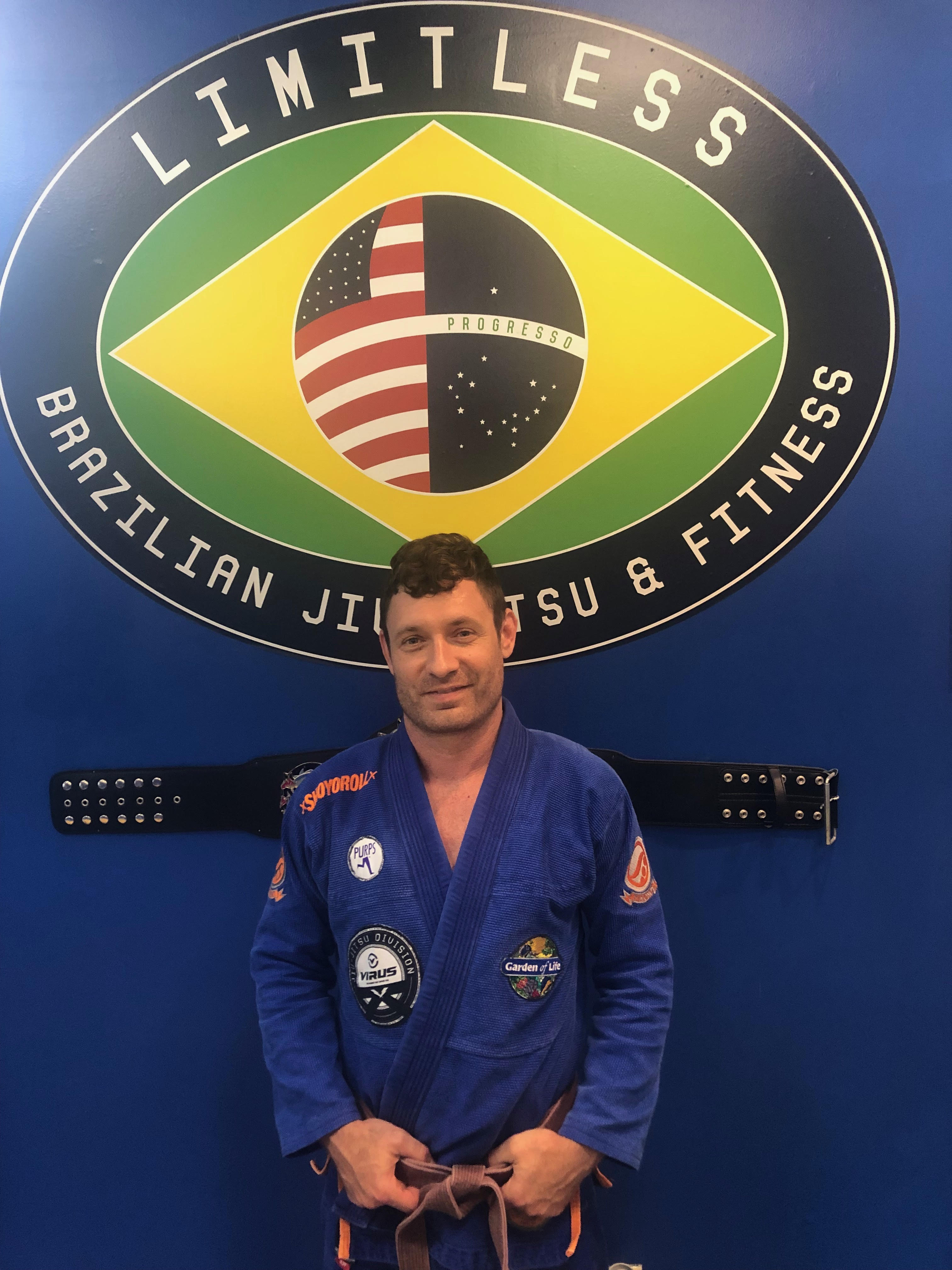 Zack started jiujitsu in 1996 under Rickson Gracie blue belt and navy seal Steven Watkins. Shortly after he trained in Chicago under Carlson Gracie junior eventually moving back to Cincinnati.

Expect a lot of drilling with a mixture of technique and rolling. Classes focus on everything from fundamentals to some advanced techniques. 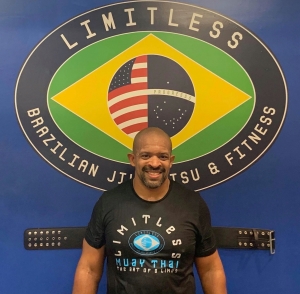 In high school and college Kevin was a wrestler. Throughout his life he had been a power lifter too.

He didn’t start Muay Thai or any martial art until the age of 44.  He started with cardio kickboxing class which quickly became personal Muay Thai training 3-4 days a week for the past 7 years under Kru Tate.

He has focused on learning the older style (non-ring) of the art. During this journey he also incorporated some portions of “Guided Chaos,” specifically the balance and flows.

Recently, He had the privilege of attending an overseas Muay Thai camp to better hone his skills and bring back new ways to teach. Kevin believes that learning Muay Thai is a personalized journey and that each person should be taught the basics to ultimately master the art! 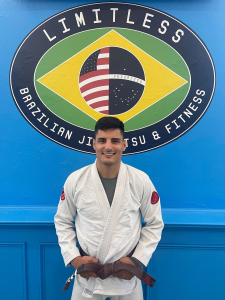 It was there that he was promoted to the rank of purple belt under black belt Lane Andrews at RMNU South Tampa.

He currently teaches BJJ fundamentals and trains with the philosophy that consistency, humility, and a positive attitude are the keys to improving as a martial artist. 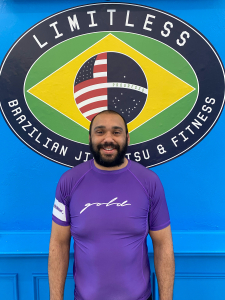 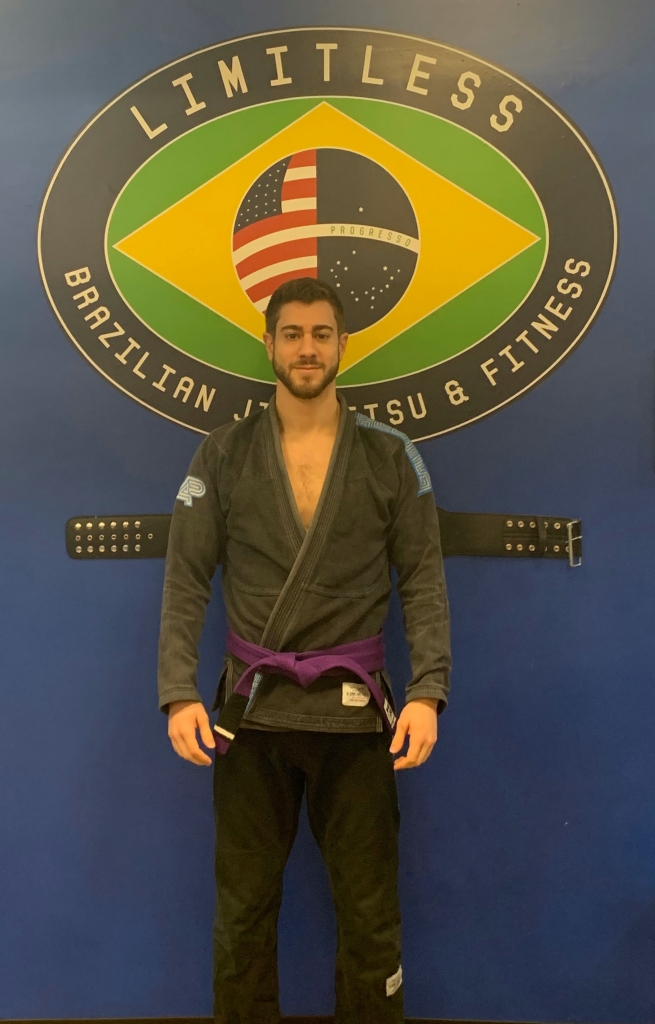 Evan is a brown belt who began training under Professor Robby Malof in 2017.

He teaches the BJJ intermediate class.

He enjoys training/teaching the technical and strategic aspects of jiu jitsu. Evan graduated from UC with a degree in IT and is also a working musician. 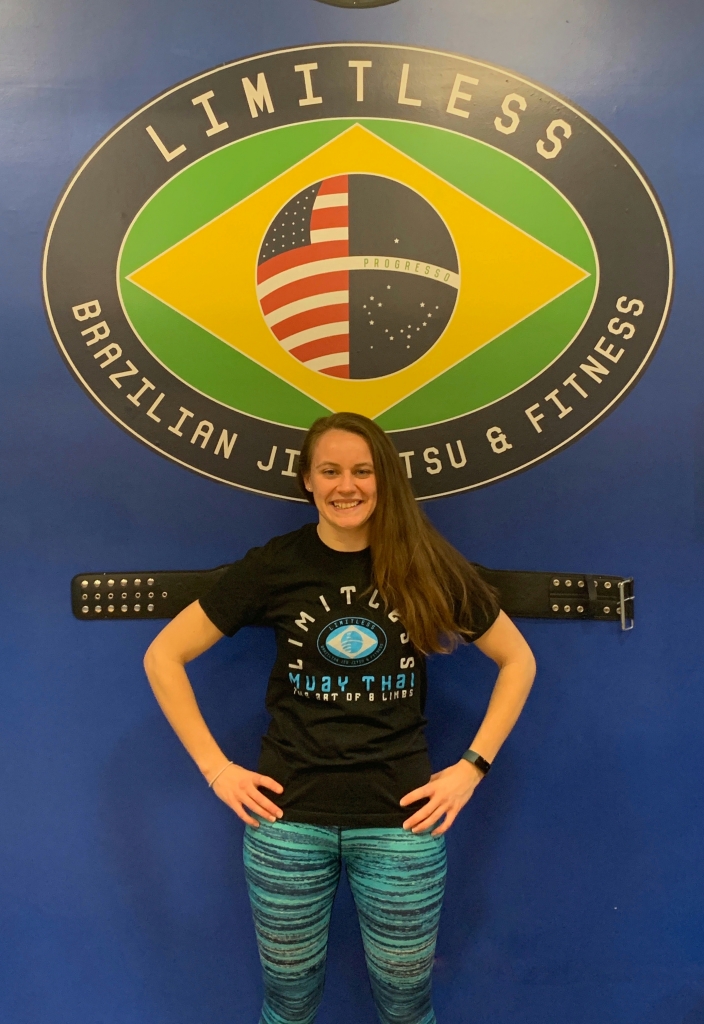 Robin has trained Muay Thai under Kru Tate since September 2018.

She has her bachelors in biomedical engineering from Trine university.

She is currently finishing up her masters at UC in pharmaceutical sciences. 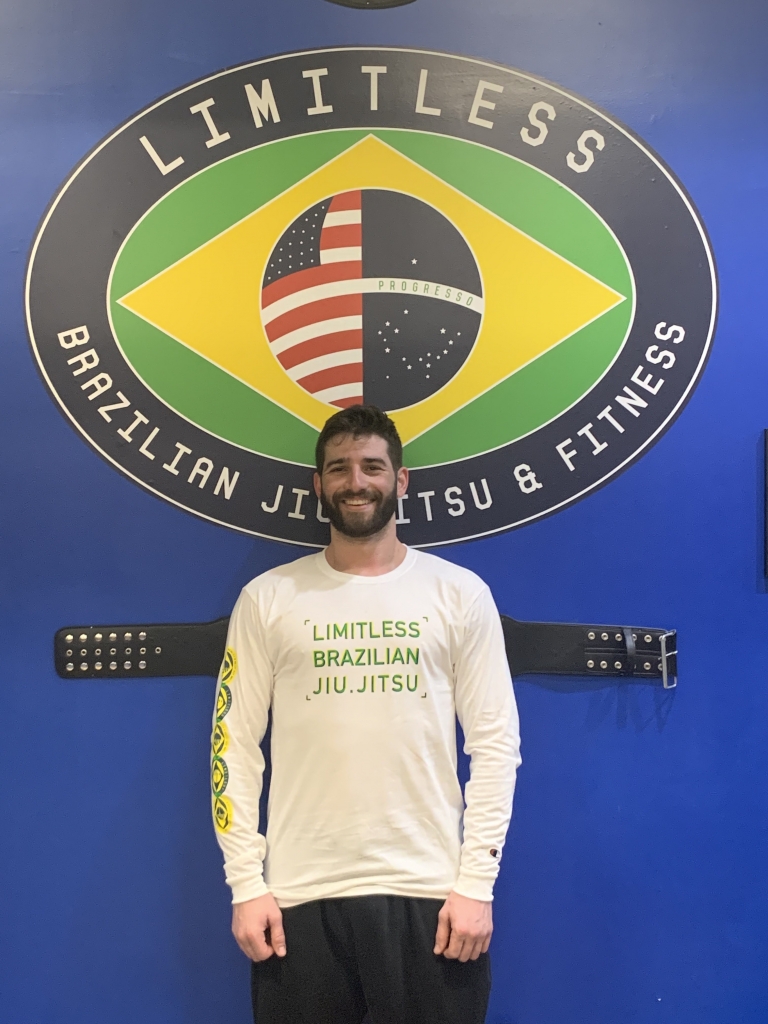 Max has been training Muay Thai for over 3 years and is an Army Veteran.

He started at limitless in February 2019 and holds an amateur kickboxing record of 4-0 (2 KO’s). 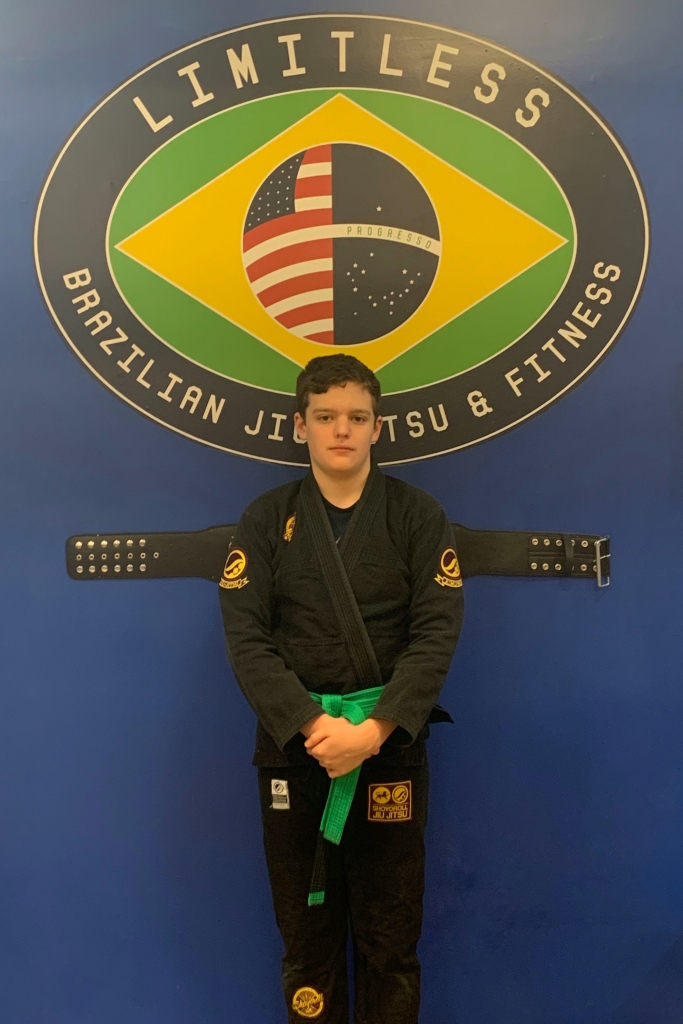 Drew Began training martial arts at age 10. He went through all his BJJ ranks with Professor Malof before assisting with the Kids program.

Drew has a huge passion for BJJ & MMA. He hopes to follow in Professor Malof’s footsteps by teaching full time once he graduates from High School and pursue Martial arts full time.

In his spare time he enjoys playing video games and is an avid competitor in BJJ! 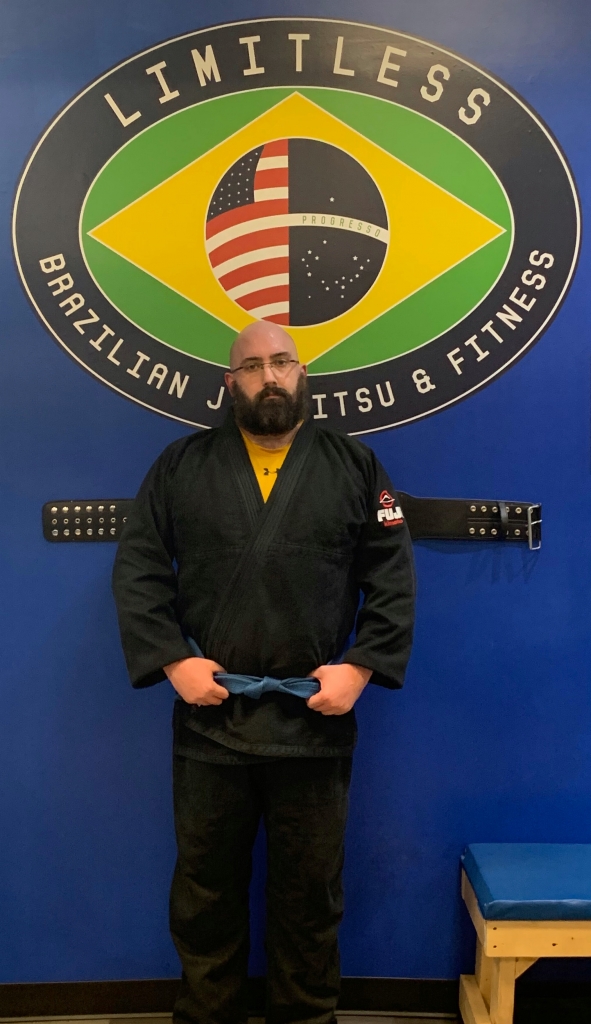 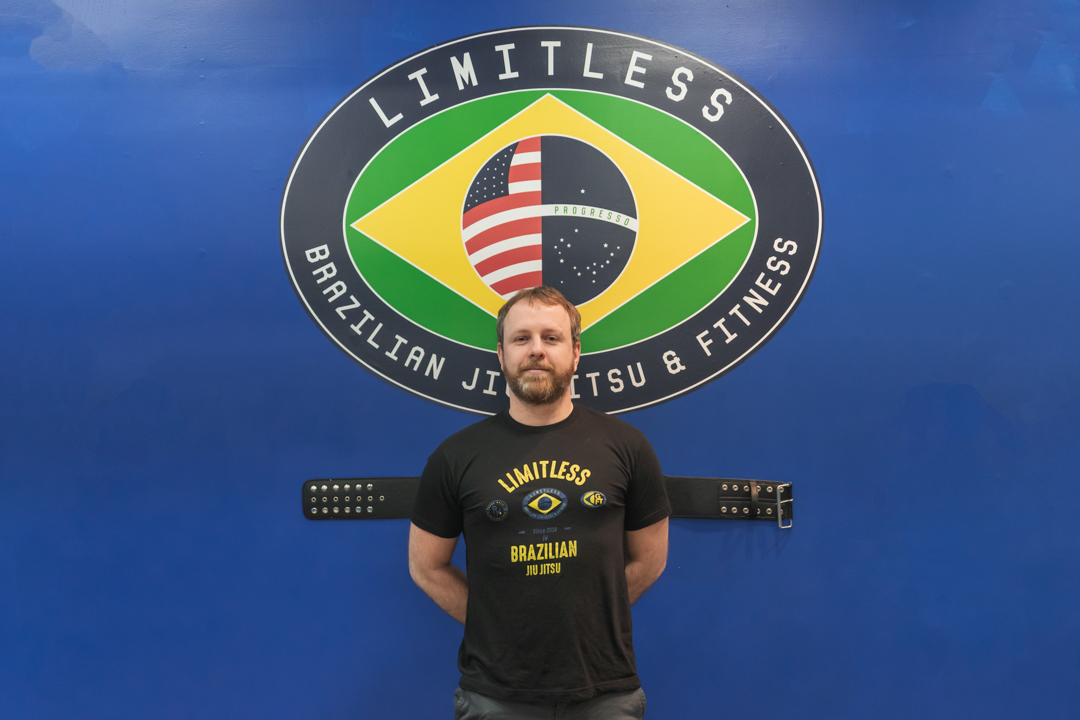 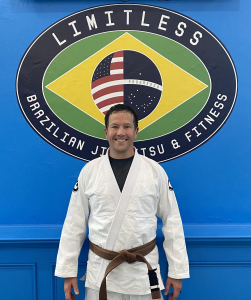